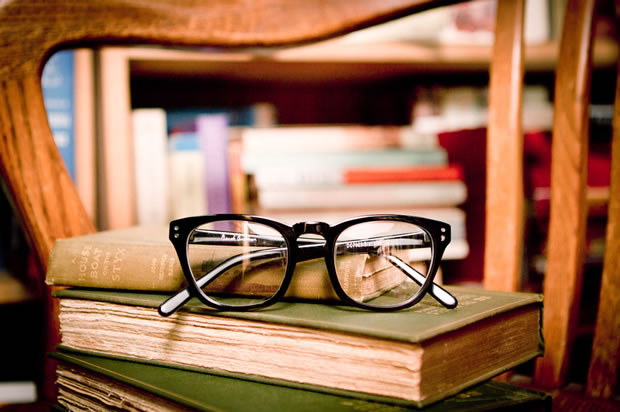 So maybe half-moon glasses aren’t the first style of glasses you’d choose when looking for a new pair of prescription eyeglasses but you have to admit they are pretty neat looking. In fact, they have even been a popular style among Hollywood characters like Albus Dumbledore of the harry Potter series.  But don’t brush this style off as something only fictional characters from movies wear, real people wear them as reading glasses! 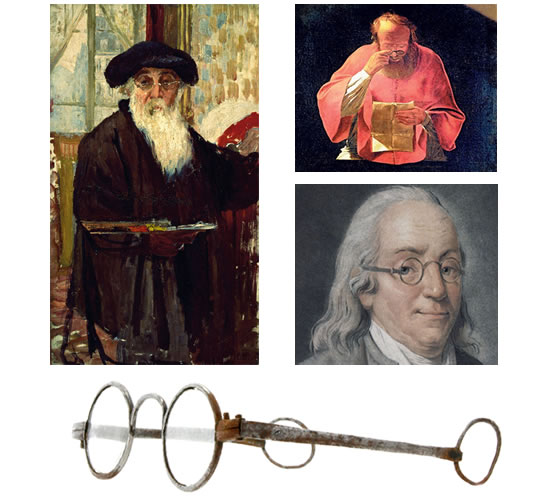 With that being said, half-moon glasses are actually a very practical style to choose if you need glasses for reading.  They are light-weight, modest, and you won’t get them mixed up with anyone else’s! Since there is no top lens, your eyes won’t become dependent on glasses to see when looking away from your reading.

Although it seems like glasses have been around since the Stone Age, it wasn’t until the middle age in 1260 AD that they first appeared in Italy. Initially made for the elderly, they soon became popular with others who had vision problems and many who had trouble seeing clearly now could. Their glasses didn’t look like the ones we wear now though. There was a lens attached to a handle and the user had to hold them up. 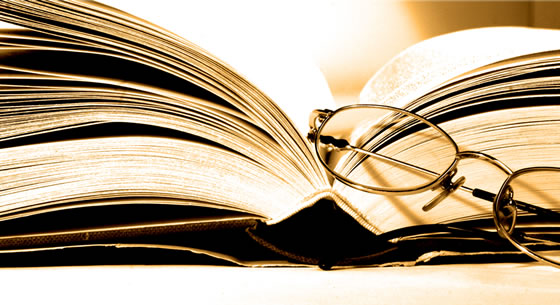 50 years later the multi-talented Benjamin Franklin developed modern reading glasses which we today call bifocals. He was tired of having to change between his reading and distance glasses each time he needed them for a task he had his optician make him a new pair. He created glasses that were made for reading at the bottom and distance at the top so that he didn’t have to change glasses to ever see clearly.

Further changes have been made to reading glasses and more changes will come in the near future. Who would have ever thought contact lenses would be a real thing? Just imagine the possibilities. But one thing that will remain true is that half-moon glasses certainly are iconic.

If you’re searching for modern reading glasses that are completely on trend, visit our site where you can shop our collection of ready-made reading glasses or customize your very own pair of reading glasses by selecting any frame on our site and entering your reading eyeglasses prescription.